The fine lines between boss, friend, perception, and reality. 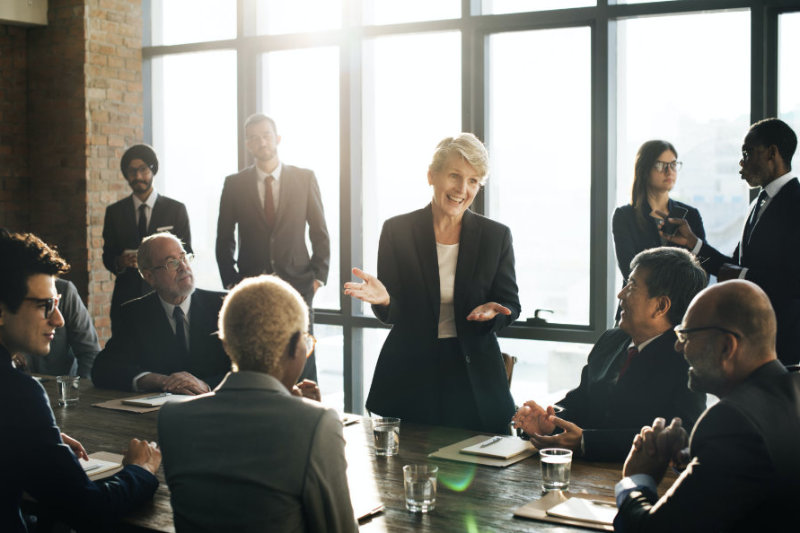 “Would you prefer to be liked or respected?”

I’m sure you’ve asked it of a prospective employee during an interview and I will almost bet you’ve been asked the question more than once in your illustrious career.

Most people in interviews will answer “Respected”, or perhaps some will answer “Both”.  If applying for a management role and you answered “Liked” you were out before you could say “Thank you for the opportunity”.  Because being a manager is not about being liked, it’s about ruling the roost, garnering respect, accomplishing goals, and making sure processes and procedures are followed.

Let’s be honest, it’s human nature to want to be liked, very few people enjoy being despised.  We all want to be respected – but does it need to be either or, even if you are in a leadership role?

You can be respected AND liked, but in the business world one must always remember that perceived actions have an incredible amount of merit. What you may think innocuous and innocent, can be perceived in a completely different manner, and in fact, it often is.

Let’s be clear, this isn’t JUST about senior leadership, for we also are quite aware of the influencers within our teams.  There are always a select few (for good or bad) who can rally the troops, influence outcomes, and the majority will look to them for guidance.

There is also the definition of “Liked”.  Being liked is far different than drinking buddy, personal confidant, 5 a.m. yoga pal, or FRIEND.  In management, friend is often the F Word – as in, there are certain boundaries that should not be crossed.

As an employee of the company, anyone on the team should be thinking “What’s right for the company?”   For the most part, anything that disrupts the team apple cart should be avoided.  To have a high performing team, the group making up that team must share a common vision, they need to collaborate and challenge each other and, in the end, need to trust that there is no behind the scenes deals that favor one team member over another.

The Friendship Card will get you – eventually.

As a leader/manager it is your responsibility to oversee the performance of your team, that will include reviews, constructive criticism, and tasking team members with often tough tasks.  Yes, it’s your job to make the tough decisions and get your team to follow you blindly into battle.  They must trust you and respect you regardless of the actions you take.  Sounds easy, but it isn’t, especially if you’ve blurred the boundary lines between boss and friend.

Regardless of your role within the organization, when you befriend a single or a few employees and exclude others from your inner circle you are creating a fiefdom, a silo – be it intentional or not you are being discriminatory and that is where the line in the sand must be drawn.

When you are in a leadership/managing role a perceived favored relationship you have with parts of your team or coworkers will more than likely be blown out of proportion, but more importantly you have just undermined your own authority.  It will be nearly impossible to create a cohesive team and foster a culture of inclusion.  Trust is the key factor in building effective teams, without it you just won’t get there!

You cannot be an effective leader if you have favorite children in your work family.

Most of the time, this will get uglier.  Even perceived favoritism – such as working out with a subordinate before work – can get you into trouble.  Classic water cooler fodder is bound to happen, and we all know that gossip is derisive and divisive.   You WILL lose respect, which is the Holy Grail for any leader.

Consider this scenario regarding your 5 a.m. yoga buddy Anne.  Anne is a tireless worker, #1 on your team and yes, you genuinely like her as a friend.  You have a lot in common – including early morning sweat fests with your favorite Yogi.  When it’s time for promotions, Anne is the top candidate and well deserved according to reviews, performance, and the like.  BUT – the others on the team may NOT see it that way.  They see that Anne got preferential treatment because YOU are friends.  Animosity and passive aggressive behavior appears towards Anne, your authority is undermined, and well, let’s just say, you’ve created a mess albeit not intentionally.

The Friendship Card – 99% of the time – a no-win situation for all involved.

Yes, you can be respected and liked.  It’s not easy to avoid a friendship with someone you genuinely like. Keeping clear and consistent boundaries across the board and the boardroom will help you not only be a more effective leader, but you’ll also have a happier work/life balance and most importantly a happier team.

What is your role?  Where are your shortcomings?

As a leader you are an influencer – people are watching your every move.  As a manager you oversee the process, the procedures and the policies – your team is watching if you abide or stray.

No one is perfect, so if you stray and cross boundaries  into the friend zone it isn’t a career death sentence unless it is a serious violation of company policy.  Most are minor, but if not addressed and amended quickly, they will snow ball.

Mistakes in judgement happen. If so, shake it off, learn from it and move on.  Know that you play an important role for the company and that others are looking to YOU as a mentor, and advisor.

If you are stuck and not sure how to handle certain situations, reach out and find a truth teller. Someone who will observe and offer up some raw, tell it like it is support and advice.  If you notice someone on your team who may be headed for the danger zone, perhaps it’s time you become the truth teller, it may not be easy but in the end it’s the right thing to do for the company and for the team.