Are people hearing ‘blah blah blah’ when you speak? 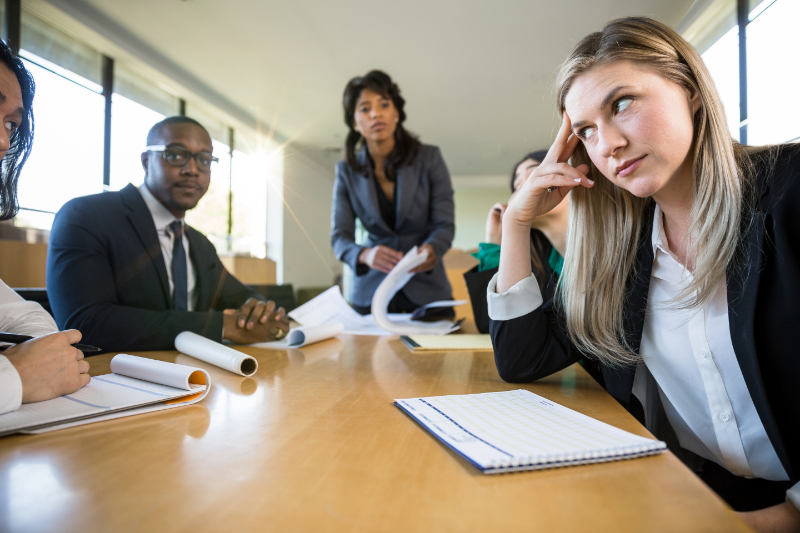 Charles Schulz’s “Peanuts” comics featuring Charlie Brown and his ragtag gang were far ahead of their time in many ways.

One recurring joke I always loved was how parents and teachers were universally portrayed as off-screen characters talking in “blah blah blah” tones, never being translated to real language for the audience.

These characters were part of the children’s world, but never shown as influencers. They were merely blowing hot air, not even worth the time to discern the language.

The equivalent of Peanuts adults exist in the grown up business world: folks who have a lot to say but are never really heard.

The ability to communicate verbally with strength, intelligence, and nuance is a vital skill. Working with my executive clients, I stress that it doesn’t matter if your department is the farthest thing from the Communications Department: If people aren’t listening to you, you cannot get ahead, you cannot have an impact, and you will never be fulfilled. That’s why I spend so much time with them on communication style and building a skillset.

It’s easy to slip into a number of patterned roles that can quietly hold you back. Here are just some examples. Be honest, are you one of these types?

The Overtalker – This one generally comes in two flavors. The first means well, but just gets overexcited in meetings and one-on-ones, so anxious are they to get their words out. They don’t wait for others to finish, they just talk right over everybody, never allowing others time to even process what was said. The second flavor are more insecure, thinking the most effective way to assert their position is by drowning out the other voices. Talk more, talk louder is their M.O. Either way, this is trait is a huge turn off and the perpetrator is an easy one to file under “blah blah blah.”

The Scold – You hear from this one when they have something critical to say about somebody else’s performance, otherwise, they have little to contribute. This type can be particularly maddening when they like to talk down junior staffers on somebody else’s team, which is a passive aggressive way of criticizing that team’s leader. When this Debbie or Douglas Downer comes around, you can be sure others are tuning out.

The Bloviater – Words, words, words, words. What are they saying? Are they being critical? Are they overtalking? Do they have any idea what they’re talking about? Do they have good ideas? Who knows…there’s just so much “word vomit” coming out, you can’t really tell. This is most often someone with deep anxiety about public speaking, which is actually quite fixable with the right training!

The Roundabout — They’ve got something to say, they know where they’re going, but for some reason, they are taking a circuitous route with non sequiturs, tangents, philosophical asides. People often strain listening to these folks, trying to follow the path.

Are you seeing a little bit of yourself in the above? It’s OK, we have ALL been there. The good news is every one of those talking types is something that can be “unlearned” with training. Virtually every executive client engagement with Leading Edge Consulting includes a substantial amount of communication work. It has to!

In the meantime, consider these tips for effective workplace communication.

Talk with people, not at them — It’s a conversation, not a monologue. Not in agreement on every point with your colleagues? That’s OK, that’s expected. But slow down and take their points into consideration. Roll them around a bit and find the merit within. You want them to do the same, don’t you?

Shut up and listen! — Sometimes (often, quite frankly) the best thing you can do in a conversation or meeting is to just shut the heck up and listen. And I mean really listen…don’t just sit silent, but truly connect with what others are saying. Feed it back and expand on it. Let others do some of the heavy lifting. You don’t have to be the quarterback on every play.

Layer your ideas, have an outline — When you are entering into a sales meeting, a speech, some kind of environment where you need to be persuasive, come prepared with an outline of the points you want to hit, in a logical sequence, from A to Z. Give yourself time to get there with a layered argument, but make sure you follow the outline and avoid becoming a Roundabout.

Give credit, always — “John, that is so smart.” Was it your idea? Was it his? Sometimes it doesn’t matter. Giving credit where it’s due, or even half due, sets up wide open ears on the other side of the table. And now, it’s your turn to speak and be heard.

Is there a little overtalking in your life? Talk to me and let’s work on effective communication together.